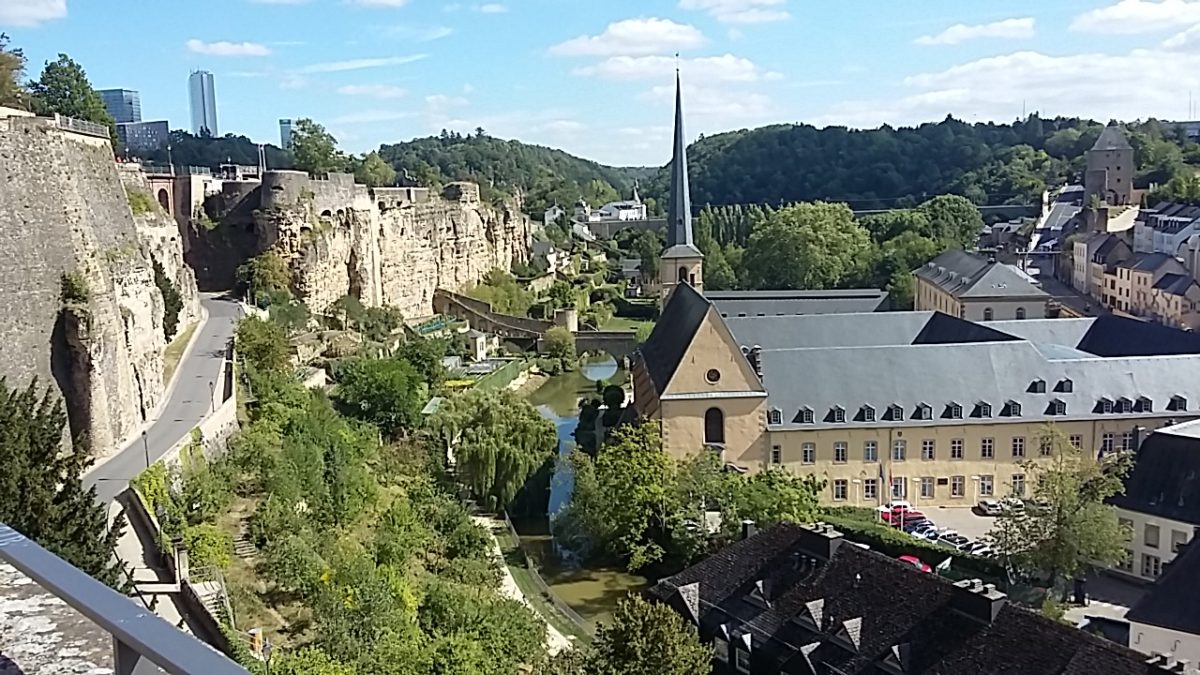 This one-day excursion from Brussels to Luxembourg is one of the best excursions to understand the difference between the French and German cultures. If you are also interested in European history, this is a must. Not only because one of the fathers of Europe, Robert Schuman, was born in Luxembourg or because General Patton is buried there, but also because the country Luxembourg is a perfect hyphen between both cultures.

It takes about two hours from Brussels to reach the border, but you arrive very soon after to Luxembourg city. Over several centuries, the best military engineers from Burgundy, Spain, France, Austria, and the German Confederation ended up turning it into one of the most fortified places on earth, the so-called “Gibraltar of the North”.

You will enjoy walking around the city and discovering the beautiful corners and attractions of the city centre: the Place d’Armes, Constitution Square, the Government District, the Corniche, the Monument of the Millennium, the Old Town, the Palace of the Grand Dukes (from outside), the Place Guillaume II, and much more once on the other side of the Adolph or Grand Duchess Charlotte Bridges that link two quite different parts of the new town.

If time permits, we can also reach Schengen, a small village on the vineyard-covered banks of the Moselle. The river is the border with Germany and the village also touches France. This is why the Schengen treaty abolishing borders in the European Union was signed here by the first 5 members. A great spot to understand European values.

* We can also offer custom formulas for this tour, e.g. starting in Luxembourg and ending in Brussels.

Time: minimum of 9 hours departing from and returning to Brussels.