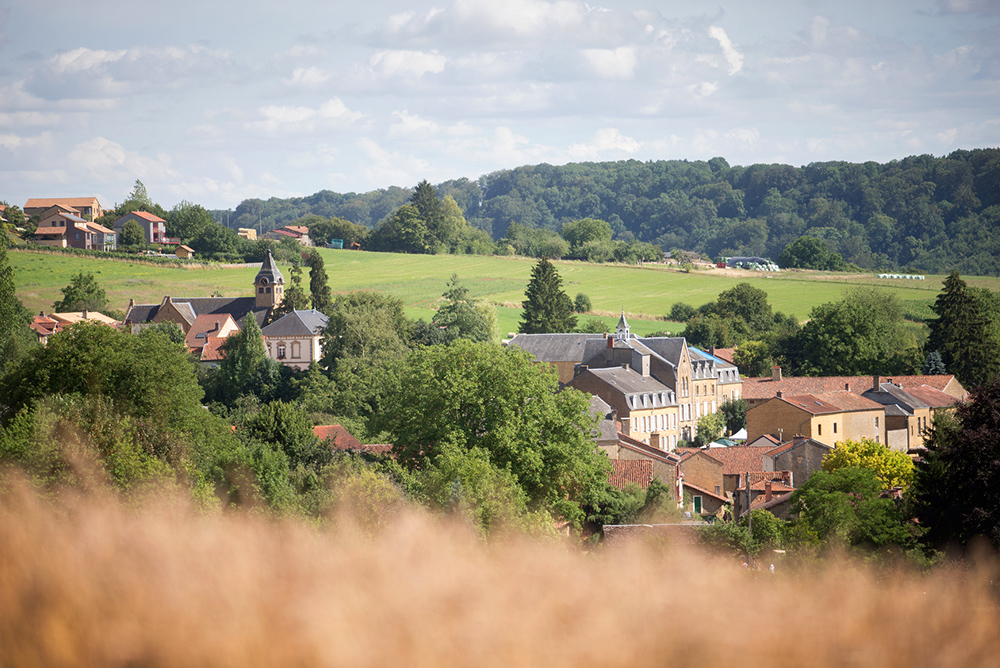 This excursion takes you off the beaten track to discover some of the best parts of Belgium! We usually start in the middle of Wallonia,* such as in Namur, Durbuy, or Marche-en-Famenne.

Our first stop is the 11th-century Romanesque church of Waha decorated with the modern stained glasses of the famous Belgian Artist Jean-Michel Folon. A small jewel of art and architecture with an exquisite repository of religious relics.

Getting further south, we arrive in Bouillon, one of the starting points of the first crusaders to Jerusalem ten centuries ago, with its imposing medieval castle standing high on a cliff.

Following the Semois valley we will stop in front of the cute village of Chassepierre with another great panoramic view over the meandering river and valley before paying a visit to the unique Abbey of Orval. Over 700 years of history the first two abbeys were destroyed. The new structure, built in the beginning of the 20th century is now inhabited by Trappist monks who make the famous beers and cheeses that make such a large contribution to Belgium’s gastronomic reputation. The coexistence of the old and the new abbeys makes it one of the most remarkable places in Belgium.

Our road will then cross the French border to make a short stop in Avioth, where an enormous Basilica watches over this village of just 150 people. The place was well known for its miracles during the Middle Ages and attracted many pilgrims from all over France. Nearby, we will pass in front of the impressive Citadel of Montmédy, which has seen more than its fair share of history. We then cross the border back to Belgium and arrive in one of the nicest villages of Wallonia: Torgny.

The tour usually ends in the city of Luxembourg or back in Brussels.

* We can also offer custom formulas for this tour e.g. starting in Luxembourg and ending in Brussels.

Time: minimum of 9 hours departing from and returning to Brussels.