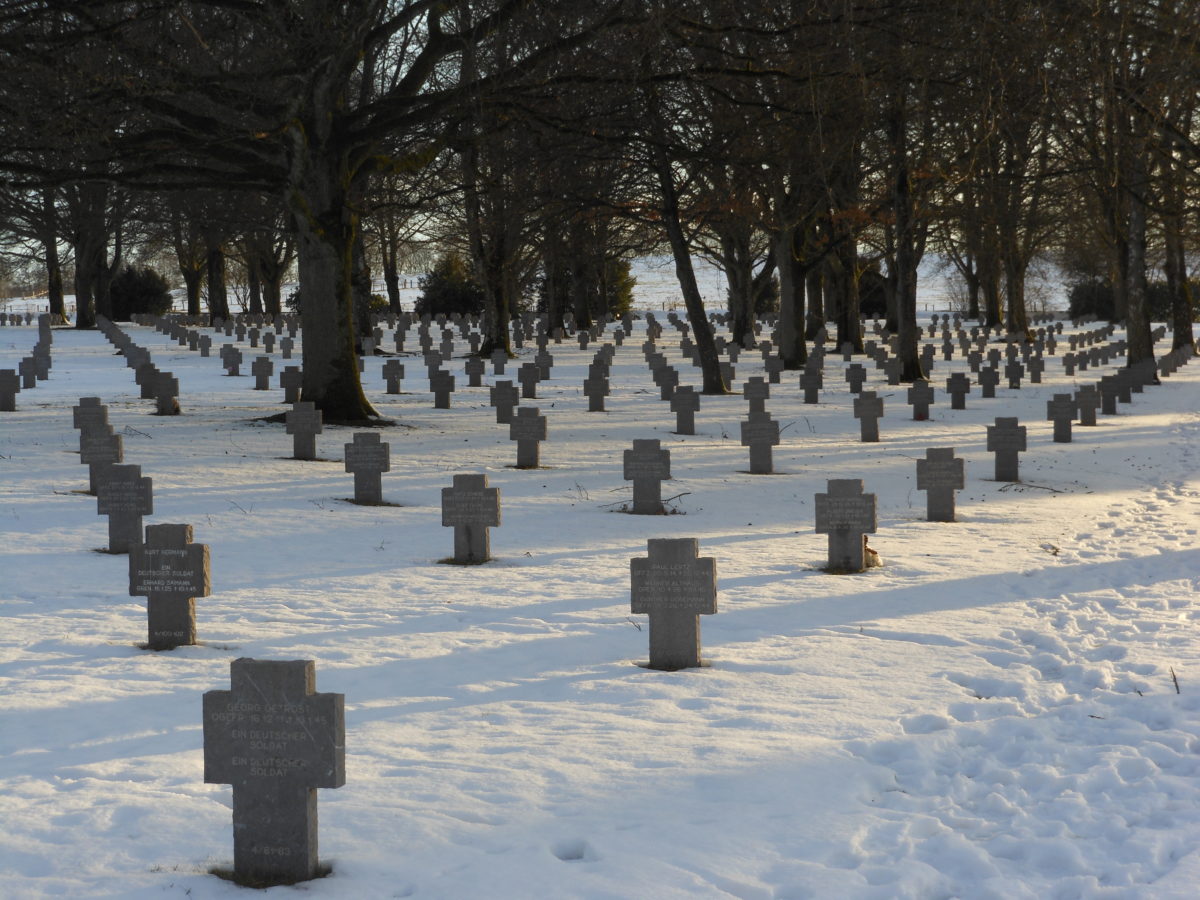 Bastogne, located in the heart of the Ardennes region (southern Belgium), is famous for the part it played in the Battle of the Bulge on December 16th, 1944. That Sunday, everything was quiet and the people of the Ardennes had their minds set on the first Christmas since the liberation of Belgium. Suddenly all hell breaks loose. Hundreds of German artillery weapons with their unseen destructive force try to capture the American positions in the Belgian Ardennes. A total of 250,000 soldiers, accompanied by 1,000 tanks, try to march through the Ardennes.

Going to Bastogne you can discover the story of the Sherman Tank on the corner of the market square, the symbol of the city, the memorial to General McAuliffe just by and the one to General Patton a little bit further on.

You can also head to the New Bastogne War Museum just next to the Mardasson Memorial. Going in the direction of the village of Foy there is the Wood of Peace where 4,000 trees were planted for the 50th anniversary of the Battle dedicated to all those, civilian and military, who died in that winter of 44-45.

If the weather and the time allows, you can also reach Jack’s wood where some foxholes dug during the battle still remain and try to figure out where exactly both armies were fighting. Nearby, there is also the German cemetery and the HQ of General McAuliffe in the Bastogne Barracks.

Moreover, Bastogne is set in the peaceful Ardennes countryside. The Belgian Ardennes are known for their hills and forests, rivers and streams and meadows and grasslands. The whole area is a gourmet’s paradise. When Belgian city dwellers want to get away for a weekend to the country and sample excellent food, they head for the Ardennes.

Time: minimum of 10 hours departing from and returning to Brussels.

The tour can be extended over two or three days to discover the northern part of the battle with the Peiper attack or the southern area heading into Luxembourg to visit the American Cemetery and the grave of General Patton.

Potential museums or visits to be added to the tour:

And many others on request.