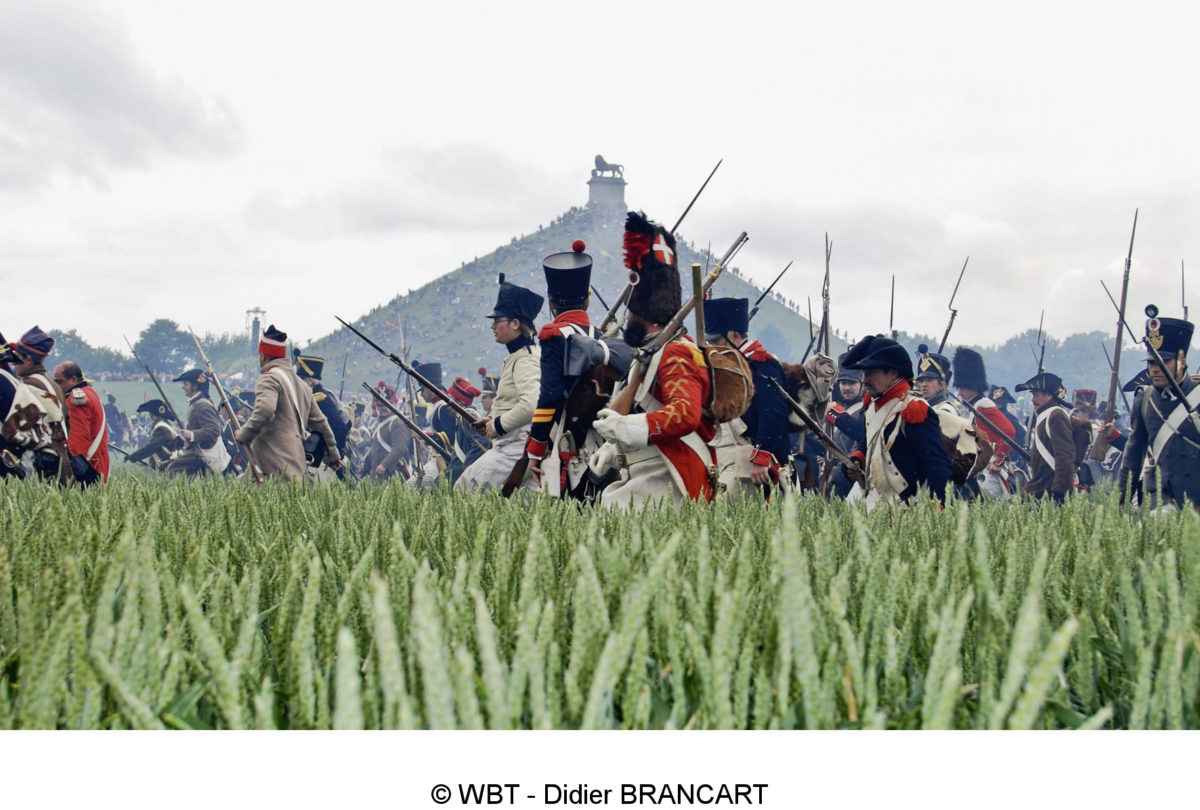 Waterloo is now a small town 20km south of the capital where once Wellington had his headquarters. A little bit further south, the vast battlefield lies between hills and valleys just as it was 200 years ago.

The Battle of Waterloo on June 18, 1815 shaped European history. We will explain the political background of this time, the different armies involved with the personalities and tactics of their leaders: Wellington – Blücher – and of course Napoleon.

Built from 1824 to 1826 in memory of the soldiers who died in the Battle. The place marks the spot where the Prince of Orange, heir to the throne of Holland and commander of the first army corps of Wellington, was wounded.

From there you can admire the perfectly preserved battlefield where 300,000 men from seven nations fought. The lion protects the ground and symbolises the return of peace in Europe.

Memorial of the Battle – the new visitor center

Opened for the commemoration of the 200th anniversary of the Battle, the interactive center offers an audio-guide and a 4D show. The visit takes about two hours.

The visit can be extended to include the Hougoumont Farm, famous for its role in the Battle, the Wellington Museum and the last headquarters of Napoleon on request.